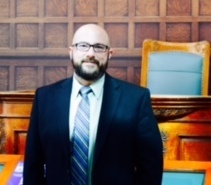 Before attending law school, Rob served as a police officer for the City of Grand Rapids where he was active with the union for the GRPD. A Grand Valley University alum, Rob earned a Bachelor of Science degree in Political Science. Rob is a member of the State Bar of Michigan, the Grand Rapids Bar Association, and the Western District of Michigan Chapter of the Federal Bar Association.

In 2021, Rob was selected of one of The Best Lawyers in America® in the specialties of labor and employment law and a 2021 Michigan Rising Star by Michigan Super Lawyer.