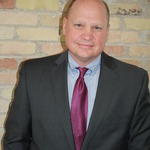 Mr. Taylor has had numerous jury trials and judge trials in state and federal courts during the course of his practice.  He has also been involved in dozens of appeals.

Mr. Taylor has had the benefit of both prosecuting and defending each of the types of cases that he handles.  This provides a breadth of experience that many lawyers do not have.

Mr. Taylor graduated from Hope College in Holland, Michigan, and graduated with distinction from the University of the Pacific Law School, in Sacramento, California.  He then served a one-year clerkship in the trial courts in Bennington, Vermont.

He has been married for 32 years to Julie Hoogland, a journalist.  They have two daughters, Emily and Molly, both of of whom are graduates of Grandville High School and the University of Michigan.

Mr. Taylor is Of Counsel to Bos & Glazier.  Therefore, he also spends some of his professional time in his own practice.